When Rachel Dangermond bought the historic 100 Men Hall last July, she intended on using it to hold writing workshops in, until she began to truly understand what it is all about and its many layers of history. After being closed for five years, “The Hall’ needed someone dedicated to resurrect it, and that’s just what she did, and is continuing to do, almost a year later.

For Second Saturday Art Walk on July 13, The 100 Men Hall will be hosting the Frida Fest after party. Alexey Marti, a Cuban percussionist and his Latin band will be playing, there will be Cuban food available for purchase, lots of costumes, and even more fun. The party begins at 9 p.m. and tickets are available in advance on the website, or for $5 more at the door. It is sure to be the “perfect wrap up for a big festival” like Frida Fest! Make sure to support The 100 Men Hall.
Photo courtesy of The 100 Men Hall
Bijoubel
136 Main st Bay St. Louis, MS 39520 2283443393

Bijoubel, owned by Melissa Hamilton, is a fashion boutique that sells fashion jewelry, clothing, and other accessories. In March, the shop moved to 136 Main Street.

Hamilton began her business inside of Century Hall, where she was for two years. She then moved inside of the Maggie May building for almost five years. Although she does miss the influence she had from the other shop owners whom she shared a space with in the past, Hamilton is enjoying the new location immensely.

Bijoubel carries Catherine Popesco and Marianna jewelry, both of which are made from Swarovski crystals, their own jewelry line which is called Ava Kate, Renaldo, which features a bracelet of the month and meaningful messages in each one, and My Saint My Hero.

They also carry Joan Vass, a high-end clothing line which they get closeout pieces and samples of. Nothing in this line is over $40, making it a steal.

“We’ve always tried to give affordable pricing” Hamilton explains. She likes the fact that mothers can feel comfortable going into Bijoubel with their daughters because they can afford to buy them something without guilt. Customers are also never afraid to tell Hamilton what they want.

Hamilton’s favorite part of being in Bay St. Louis is the people and the culture. “We can all come together and be a part of one community.” She also loves the fact that you can feel “free to be yourself.”

For July 13 Second Saturday Art Walk, Bijoubel will be featuring three local artists on the back porch of the shop and a live band in the back garden. There will also be Mexican food to go along with the theme of Frida Fest. Music is brought to you by Hancock Whitney Bank, The First, and The People’s Bank. Make sure to visit Bijoubel as a “hot spot” all month! 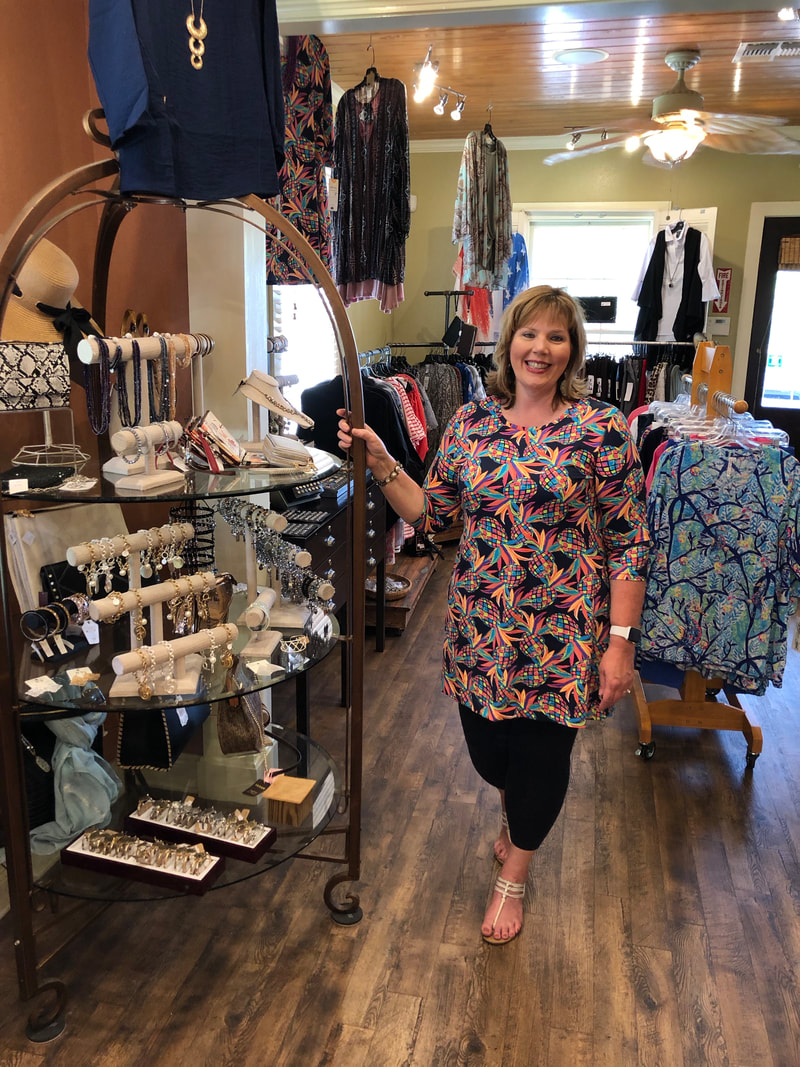