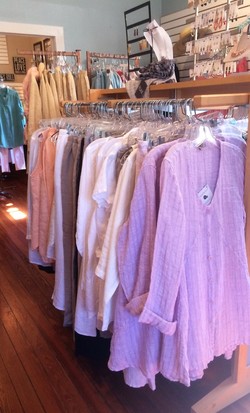 ​"We are always looking for what’s new and different in the marketplace," Keenan explains. "We still carry old standbys like Flax and Matchpoint, but we have found other great boutique lines like Cut Loose, April Cornell, and Fridaze's wrinkle-resistant linen. We have the largest selection of linen and cotton on the Gulf Coast.  We’re a niche retailer. We’re not everything to everybody, but in the natural fiber clothing line, we have a huge selection, and various sizes."
​
Keenan quickly outgrew her French Market booth and moved into the French Quarter and Covington. Today her store on Royal Street in New Orleans is a well-known spot for both men and women to pick up the best in resort wear—shirts, pants, shorts, dresses, skirts, outerwear, accessories. No matter how high temperatures rise, California Drawstrings has something for everyone to be comfortable and stylish.

Keenan shares the story behind opening a shop in Bay St. Louis: “One day Nancy Moynan of Lulu's called me saying the mayor of Bay St. Louis told her about my shop and they thought it would be a good fit for Bay St. Louis. So, I went to see Nancy's space at Maggie May’s and opened a Bay St. Louis branch in Maggie Mays' in 2012.”

​Just as Keenan faced the familiar problem of outgrowing the space a couple of years later, she heard of a business for sale on Main Street. She saw the building and immediately made an offer. ​ 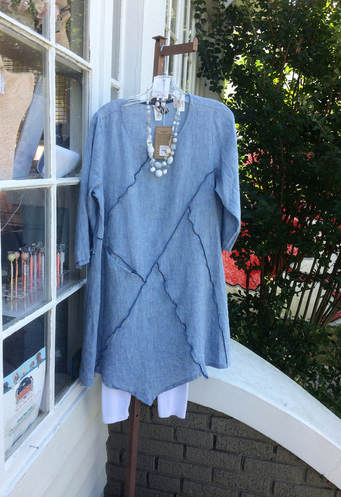 "We have so much more space in our BSL location," Keenan notes, "and lots of parking, too."

"We get a lot of repeat customers, and it is not unusual to sit down with customers and just chat late in the afternoon.

Besides being a picturesque beach town, what Keenan loves about Bay St. Louis is the people, noting that "The people I meet in the store are probably the most rewarding aspect of owning the shop."

"And to think I literally started with two tables and $1500 at the French Market.” ​​ 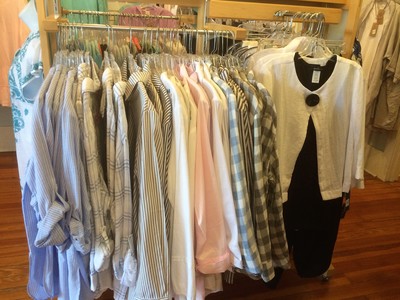 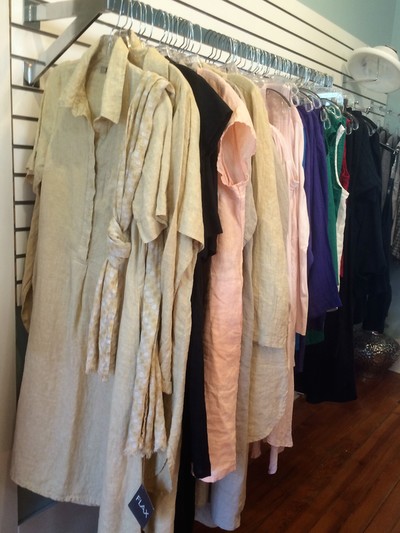 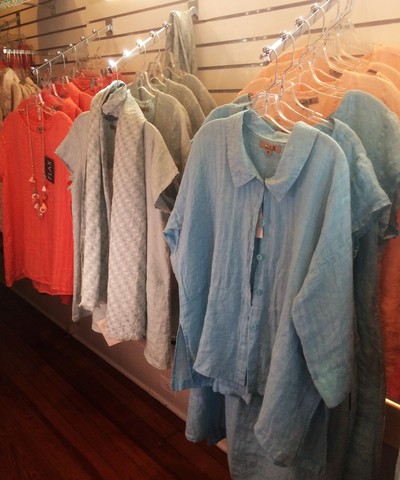 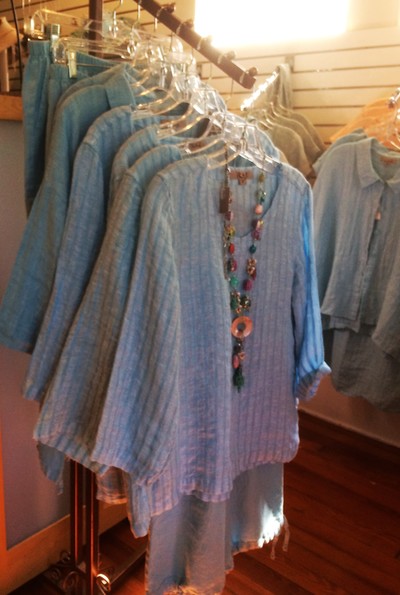 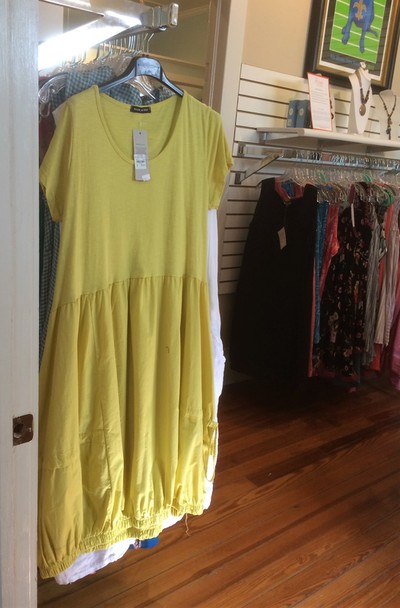 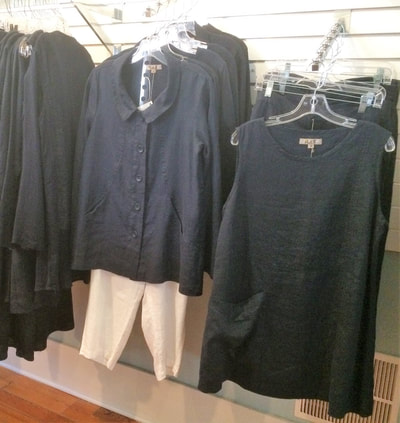 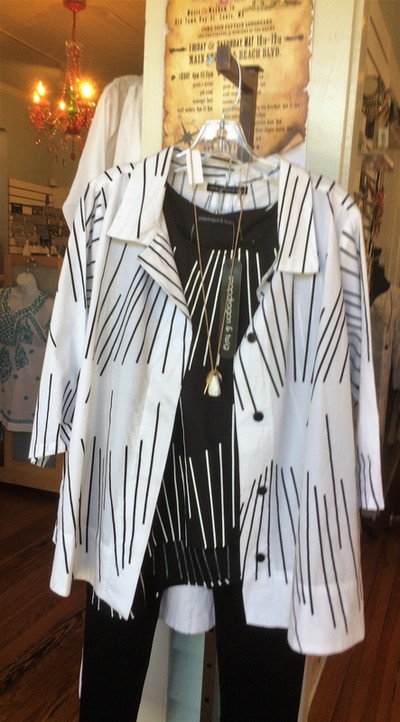 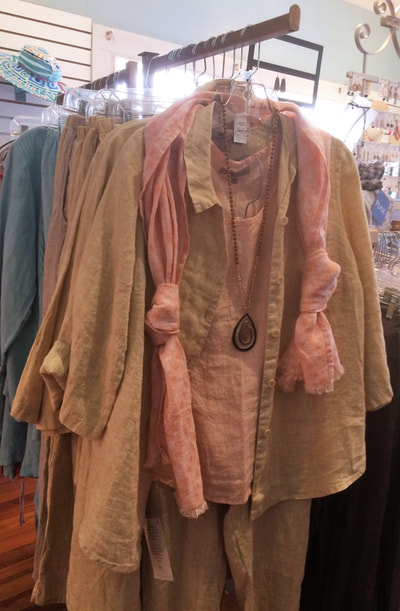 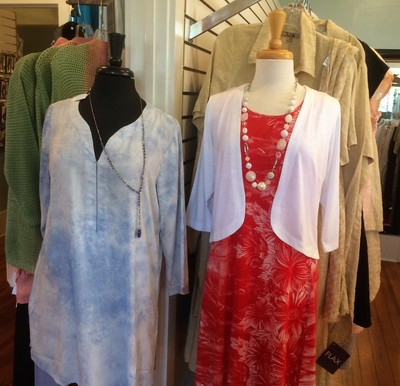 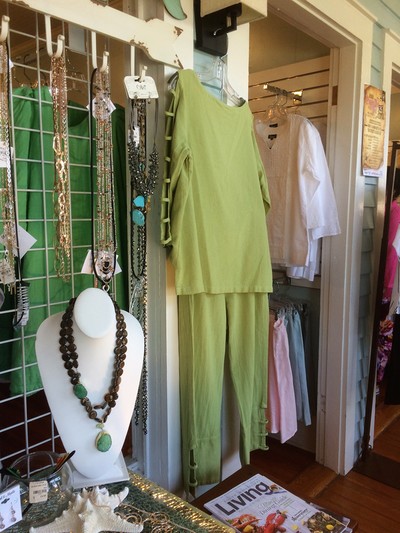 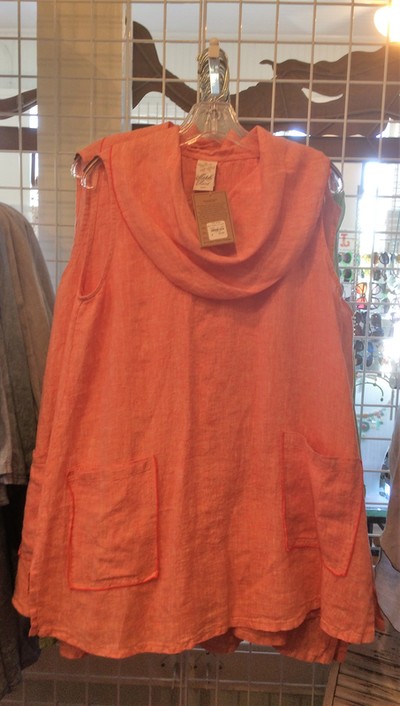 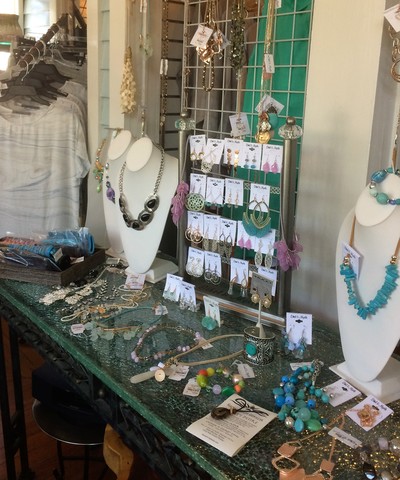